December brought the end of the semester: busy, but less oppressive than the lead-up to it. Which meant more time for reading. And I spent the last week on Hawai’i, which, though not exactly my scene, is lovely and a good place to inhale undemanding thrillers. 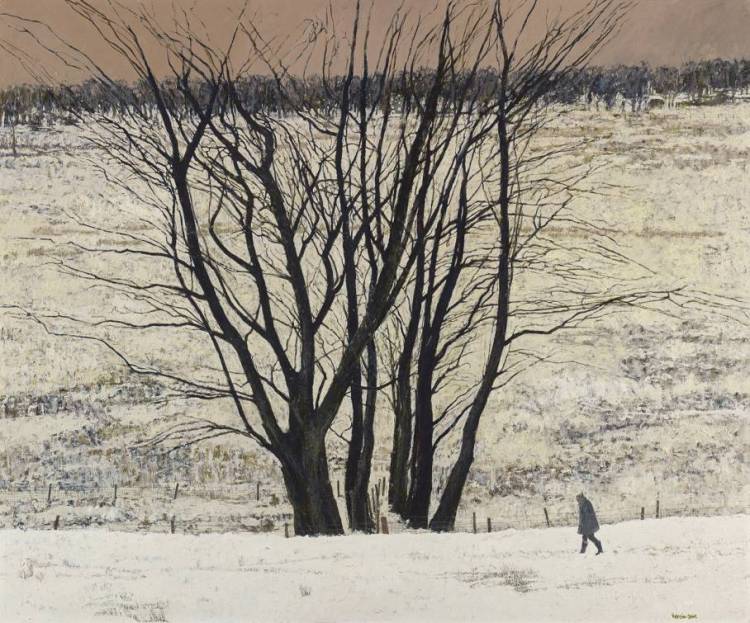 Robert Harris, The Fear Index (2011) Thriller about a Geneva-based hedge fund that makes spectacular profits thanks to an algorithm so complex it starts running itself. As I’ve reported before Harris can’t do female characters, but, given that he’s rewriting Frankenstein, a novel famously about men plotting to do away with the need for female reproduction, that’s kind of fitting. This book could have turned out hokey or lousy, but it’s quite good.

Philip Kerr, The Lady from Zagreb (2015) Another fine addition to the Bernie Guenther series, this one taking in events in the Balkans.

Peter Hayes, Why? Explaining the Holocaust (2017) I read this with four students I’m working with on a year-long Holocaust education project, and we found it an excellent introduction to the subject. It benefits from being organized around the questions Hayes has most often come across in his decades of teaching about the Holocaust, meaning that its history is as much of ideas as events (as in, for example, his lucid explanation of the differences between different generations of European antisemitism). Hayes is an economic historian (the next time someone tells you how complicit IBM, say, was in the Holocaust, you’ll know exactly what to tell them); unsurprisingly, then, anecdotes, memories, and individual experiences are notably absent. But since we’re studying just those things in our project on Holocaust literature, that fact was more useful complement than omission. Others might think differently.

Helen Macdonald, H is for Hawk (2014) As wonderful as everyone says. A hybrid of memoir, literary criticism, and nature writing—a proper essay—the story of how Macdonald trained a goshawk (appealingly named Mabel) is woven around the effect on her life of two men: her father, by all accounts a lovely man, a photojournalist and champion of his daughter’s passions, whose sudden death sends Macdonald into deep, violent grief; and the midcentury writer T. H. White, by all accounts, not least his own, an unlovely man, unable to accept his own queerness and desperate to prove his competence no matter what the cost, but whose books, especially an account of his own experience keeping a hawk, have been important to Macdonald from childhood. I learned lots about hawks, the English countryside, ideas of wildness, and plenty of good words (when hawks try to jump off their owner’s fist while tethered—with thin strips, usually of leather, called “jesses”—they are said “to bate”).

I listened to this book: Macdonald reads it herself, wonderfully, but it’s a bit more demanding than my usual audiobook fare and I found myself skipping back a lot. Probably better read in print, or at least not while you’re trying to drive.

Andrzej Szczypiorski, The Beautiful Mrs. Seidenman (1986) Trans. Klara Glowczewska (1989) Back in the day, when trade paperbacks were new and the Vintage International series ruled the shelves of better bookshops across North America, I used to see this book all the time. I’m glad I didn’t read it then, though, because I didn’t have the background to understand its oblique take on Poland from the 1930s to the 70s. With the benefit of experience and study I was able to appreciate Szczypiorski’s achievement here, though I still had the sense that the book was aimed at the Poland of the post-1968 period rather than of the war years with which most of its events are ostensibly concerned. And because my knowledge of postwar Poland is fairly schematic I still wasn’t the most informed reader. Yet I didn’t mind this—my ignorance somehow fit with Szczypiorski’s indirect treatment. (By this logic, my young, ignorant self would have been an even better reader…) I read the novel thinking it would foreground the Holocaust—the Mrs. Seidenman of the title is a Jew who passes as Gentile in Warsaw during the war—yet despite references to the Ghetto the novel has the self-knowledge to avoid writing what it doesn’t know intimately.

The most eye-catching stylistic feature is the regular use of flash forwards to show us the (largely futile, depressing, and deadly) futures of its characters. (Like Sparks’s The Prime of Miss Jean Brodie.) But this isn’t a flashy book. Its tone is elegant, cerebral, hushed, rather like its opening sentence: “The room was in twilight because the judge was a lover of twilight.” Not that he loved twilight, but that he was a lover of twilight. Nice.

Cathleen Schine, The Grammarians (2019) Wrote about this here. It’s ok.

Steph Cha, Your House Will Pay (2019) Crime fiction is going to have to think about what it wants to be in an era characterized by the need to think more systemically (structural racism, inequality, “stop and frisk” profiling, etc.). Can its individualistic model (the dogged PI, the obsessive cop, the intrepid journalist) translate to our world? Your House Will Pay is an intriguing answer to this question. It sidelines the police, turning its attention instead on those affected by violence, inequality, racism, without being perpetrators or victims in the conventional sense. Modelled on the riots in LA’s Koreatown in the 90s, Cha’s novel follows two well-developed characters, an African American ex-con and a Korean American pharmacist, who are forced to grapple with what it means to forgive the wrongs of the past. I’m excited to see what Cha will do next.

Philip Kerr, The Other Side of Silence (2016) Not my favourite Bernie novel, but a very agreeable way to pass a long plane trip.

Helen MacInnes, Decision at Delphi (1960) My first MacInnes, but not my last. I was impressed how she kept the plot going without flagging (it’s over 600 pages). As a smart Twitter correspondent pointed out, MacInnes can be a little buttoned-up—amazing how much chasing through the mountains happens in heels and suits & ties—but her representation of place is acute, and her use of point of view interesting. Delphi centers a male character, yet regularly dips into the consciousness of the female lead, which makes the relationship that develops between them more compelling than usual for the genre. Because the book features artists and photographers who accidentally are enmeshed in political plot by a terrorist cell it is also smart about what it means to represent places, people, and events. Not sure why MacInnes isn’t talked about the way Le Carré, for example, is, though I guess sexism is the likely answer.

That brings my reading year to a close. In a day or two I’ll reflect on what and how I read in 2019.