I just read In Pursuit of the English, a wonderful memoir-of-sorts by Doris Lessing. I think I liked it more than almost any of her books (and I’ve read quite a few, though by no means all, even most). I wonder why it’s not better known. 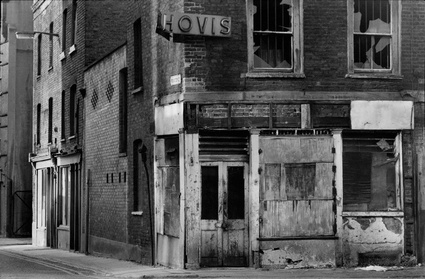 It’s about Lessing’s first year or so in England, where she arrived in 1950 with her little boy Peter from her home in Rhodesia. The English, we soon learn, are a fantasy or mirage that differs depending on one’s perspective. The English in Africa are one thing entirely—a unified presence with mores that puzzle Lessing even before she arrives—but the English in England are something else altogether. Especially since Lessing arrives in London, and Londoners, she learns, at least the East End Londoners she lives among, don’t consider themselves English.

Most of the book is about the boarding house she finds a room in. Which isn’t an easy to do in bombed-out London—even some of the floors in the place she ends up in are closed off and filled with rubble. Lessing becomes involved with the people who live in the house, especially the couple who own it. Although the welcome is for the most part warm, she finds she has to learn what the English novelist Henry Green once called “the half-tones of class.” As a colonial subject, she doesn’t quite know how to navigate in this new world

Throughout I kept thinking about the Maison Vauquer from Balzac’s Le Pere Goriot. Especially because perhaps even more than in Balzac the physical qualities of the building itself are important to Lessing—almost as much as the people who live in it.

All of which made me think about what kind of a book this is. For the most part it’s written in a realist mode, almost ethnographic. Calling it a memoir doesn’t really seem right, since Lessing is so reticent about herself. But at times it slips into a different mode, something more fantastic or magical. Here’s a passage that really struck me. Lessing has taken a cramped room in the attic—only later does she realize it’s really a garret—and she has her eye on a much better room three floors below. She enters into a tense war of nerves with the landlady. In the midst of these negotiations comes this surprising and beautiful description:

Under the roof it was like sitting on top of an anthill, a tall sharp peak of baked earth that seems abandoned, but which sounds, when one puts one’s ear to it, with a continuous vibrant humming. Even with the door shut, it was not long before the silence grew into an orchestra of sound. Beneath my floor a tap dripped softly all day, in a blithe duet with the dripping of the tap on the landing. Two floors down, there the Skeffingtons lived, was a radio. Sometimes she forgot it when she went to work, and, as the hours passed, the wavelength slipped, so that melodies and voices flowed upwards, blurring and mingling. This sound had for accompaniment the splashing water, like conversation heard through music and dripping rain. In the darkening afternoons I was taken back to a time when I lay alone at night and listened to people talking through several walls, while the rain streamed from the eaves. Sometimes it was as if the walls had dissolved, and I was left sitting under a tree, listening to birds talking from branch to branch, while the last fat drops of a shower spattered on the leaves, and a ploughman yelled encouragement to his beasts in the field over the hill. Sometimes I put my ear to the wall and heard how, as the trains went past and the buses rocked their weight along the street, shock after shock came up through brick and plaster, so that the solid wall had the fluidity of dancing atoms, and I felt the house, the street, the pavement, and all the miles and miles of houses and streets as a pattern of magical balances, a weight-less structure, as if this city hung on water, or on sound. Being alone in that little box of ceiling board and laths frightened me.

I love the way this passage slips between dream and reality, between present and past, between Africa and London, between gentleness and fear. Sometimes Lessing is a gruff writer, so matter of fact that her prose can be boring. But she’s so smart and sometimes that acuity is transferred to her prose. Everybody in London at this time knew only too well how solid building could dissolve, become as fluid as dancing atoms. The sociological despair of a very slowly rebuilding London is here transmuted into a psychological or private fear. I don’t know if that’s progress, but I like the way Lessing keeps things unsettled in this book. Houses, places to live in, are important in many of works, now that I think about it: The Fifth Child, The Good Terrorist, even her wonderful first novel, The Grass is Singing.