April is always the worst month of the year, work-wise, with end of semester assignments added to the administrative work that’s been pushed off all year. (Step away from that Eliot joke.) For various reasons, this year was worse than usual. Which is a shame, as April is also the loveliest month in Little Rock, weather-wise. No surprise, then, that my reading suffered. Few standouts here.

Jacqueline Winspear – The American Agent (2019) I’ve been a dedicated reader of Winspear’s Maisie Dobbs series, which emphasizes character over mystery. From the beginning, Winspear has presented post-WWI England as a traumatized culture (an idea that sometimes works and sometimes grates). Now that the series has reached WWII, Winspear seems to be casting about for a new idea; the result is the weakest book so far, not least because the author seems to have become famous enough that she no longer gets much editing. The book’s too long: the first third, especially, drags. I’ve read a lot of books on the Blitz: you have to be doing something special to get me interested. I’m no fan of Maisie’s new love interest, either. I’ll be back for the next installment, but Winspear’s now on notice.

Tadeusz Borowski – This Way for the Gas, Ladies and Gentlemen and Other Stories (1959) Trans. Barbara Vedder (1976) Although I teach the title story every semester and can practically recite it from memory—a dubious pleasure, if you know it: I mean, it is one of the extraordinary texts of the Holocaust but it is so dark—I haven’t read the entire collection in several years. This time I read it with the small group of students I’ve spent the past year teaching how to be Holocaust educators. Even though they, like me, weren’t at their best this late in the school year, they still taught me things. For example, it was instructive to see how shocked yet riveted they were by a story like “Silence,” which shows the prisoners in a DP camp paying lip service to their American liberators’ insistence on due process before taking more visceral and irrevocable revenge on a collaborator. In a way, their surprise should have come as no surprise: Borowski is a genius at overturning our received view of the Holocaust.

Joseph Roth – The Radetzky March (1932) Trans. Eva Tucker revising Geoffrey Dunlop (1974) The best book I read this month by a mile, a genuinely great work of art. I read it for the group reading hosted by Caroline & Lizzy. My thoughts here.

C. J. Tudor – The Chalk Man (2018) I listened to this first book by Tudor on my commute, which is probably a good way to experience it. The story switches between the present and 1986 when Eddie, the narrator, was a young teenager. The dramatic events of that time in his life—a violent accident, an untimely death, and a body found in the woods (a young girl’s, natch)—return in the present. The scenes in the past are better than those in the present: they have a “Stand by Me” vibe. Tudor isn’t much of a writer (check out this take-down of her infelicities); not even the audiobook narrator could smooth things over. Diverting in its way, but the stinger at the end feels a bit cheap and I haven’t been tempted to try Tudor’s second book.

John Williams – Stoner (1965) Sorry, everyone, I am not a fan of the book. I say that even though “formalist precision” and “the letter-perfect novel,” are absolutely my jam. These terms come from yet another Stoner encomium, this one a New Yorker essay that imagines a counter-factual US literary tradition in which William Maxwell, Richard Yates, and Jean Stafford and not Pynchon, Barth, and Robert Coover are the acknowledged postwar American literary masters: frankly this seems a straw argument: Pynchon, perhaps, aside, who reads these guys anymore?

You could say that reading a book about an introverted college professor with a quietly undistinguished career is too much of a busman’s holiday for me, and it’s true that I don’t like campus novels (when they engage with anything that actually happens on a campus, it’s usually interpersonal politics: i.e. animosity). But I’m always on the lookout for good novels about teaching (do you know any?), which the titular character of Williams’s novel claims to have a vocation for. I appreciated that Williams was willing to show his protagonist as not especially capable—there’s a mismatch between what he wants to convey to his students and what he actually can—but that criticism gets erased by the novel’s repeated avowals that Stoner experiences teaching as transcendent. But we only ever hear this: we don’t feel it. Yet at the same time, we are asked to sympathize so strongly with Stoner, to feel indignant at the way the world treats him, that we can never take the telling rather than the showing of teaching as ironic (that is, there is no suggestion that we should wonder at Stoner’s overestimation of himself—the idea is that he is great, it’s just that the world can’t realize it).

But none of this is what’s awful about the book. Stoner’s wife, Edith—or, rather, the book’s treatment of her—is what’s awful. Edith is a monster—a fact explained only through crudely misogynistic pop-psychology (she is frigid and alcoholic because she was abused by her father). Worst of all, Stoner rapes her without the novel commenting on the fact, or even seeming to recognize it as such. Had I not been reading the book for professional reasons (see below) I would surely have abandoned it.

I’m not surprised that Stoner’s return to print in the US was spurred by huge sales in Europe: it seems like one of those cultural products that speak more to European fantasies of America than anything real (c.f. Janis Joplin, Blue Velvet, “The House of the Rising Sun”).) I’m grateful, however, that its success has underwritten the many delightful oddities published by my beloved NYRB Classics. 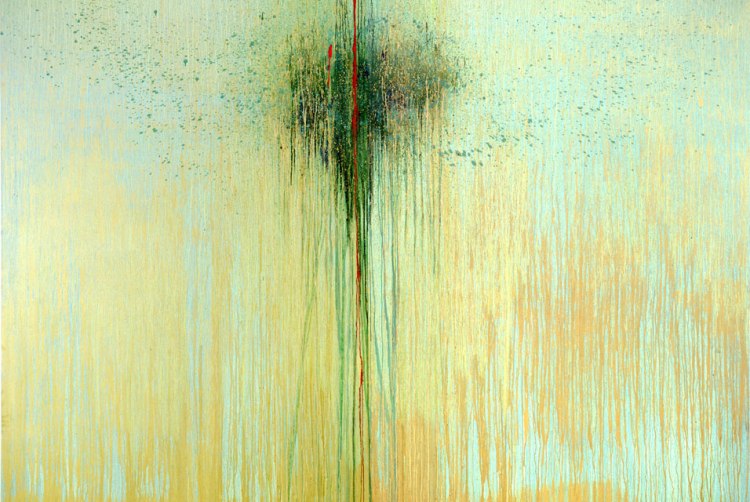 Benjamin Dreyer – Dreyer’s English: An Utterly Correct Guide to Clarity and Style (2019) Entertaining, even stylish guide to language use. Neither dogmatically prescriptive nor airily descriptive. Recognizes everyone has their linguistic crotchets. A book to dip into, but be warned: once you start, it’s hard to stop. It’s pretty damn funny.

Brantley Hargrove, The Man Who Caught the Storm: The Life of Legendary Tornado Chaser Tim Samaras (2018) Not a book I would ever have read on my own, but I’m glad I did. As a member of the Talent Committee for the Arkansas Literary Festival, I sometimes get asked to moderate panels at the event. This year it was a session on biographies. Hargrove was immediately recognizable at the author party the night before: he was the only one wearing a Stetson. He’s affable, soft-spoken, good-looking, smart: he could play himself in the movie version of the book. Except that one of the great things about the book is that Hargrove plays almost no role in it. (Swimming against the tide, that is.) Even though he learned to chase storms as part of his research (he shared some hair-raising footage with the Lit Fest audience), he keeps himself out of it. Instead the focus is on Tim Samaras, a self-educated tinkerer who parlayed his engineering work for a defense contractor into a position as one of the world’s foremost tornado researchers (he designed probes that could withstand the force of tornados and managed to deploy them in the very heart of storms; thanks to Samaras, for the first time, researchers were able to understand what actually happens inside a tornado).

Hargrove structures his book effectively, mixing comprehensible summaries of meteorological research, a narrative of Samaras’s life (yes, he did fall in love with tornadoes watching The Wizard of Oz as a child, a film he always turned off once Dorothy got to Oz), and an exciting yet never voyeuristic reconstruction of Samaras’s last chase. Samaras and two members of his crew, including his oldest son, were killed in a tornado (the widest ever recorded) near El Reno, Oklahoma in 2013. (I was amazed to learn that they are the only storm chasers who have ever died in action, as it were.)

Tornadoes are a feature of life in the American South (in Central Arkansas, they test the sirens every Wednesday at noon). They terrify me, a transplant who did not grow up with them (although the climate has changed such that they are pretty common in Canada now). (It does not help that there are no basements in Arkansas.) I worried the book would only increase this fear, but actually it’s allayed it: not that I find them safer or less random than I did before, but now I’m more interested in them as a phenomenon. If extreme weather or extreme passion interest you, you might enjoy this book too.

Jane Harper – The Lost Man (2018) Excellent novel about a fascinating place, outback Queensland, Australia. Two brothers, Nathan and Bub Bright, meet for the first time in months, even though their cattle ranches share a fence-line: the cause of their reunion is the death of their elder brother, Cameron. As befits a psychological mystery, plenty of family secrets come out over the course of the book, which doesn’t feature a detective per se. Instead, Nathan becomes the investigator of his family’s past—and in the process of himself. (Almost everyone in the book is a lost man.)

I read Harper’s first book, The Dry, a couple of years ago: it was good but not so terrific that I raced out to get the sequel. The new book is her first standalone, and a giant leap forward in sophistication and ability. A suspenseful character study with a satisfying ending that can rightly be said to be devastating, the book cleverly combines vast outdoor spaces with the closed world of a country house murder mystery. Above all, it offers an absorbing depiction of a difficult way of life in a place where children attend school via Skype, generators cut out at 11 p.m., the skin doctor flies in once a month to excise cancers, and every house has something called a “cold room” (I never did figure out how that works when the generator’s off). Stephen Shanahan reads the audiobook beautifully.

Charles J. Shield – The Man Who Wrote the Perfect Novel: John Williams, Stoner, and the Writing Life (2018) The other book on the Arkansas Literary Festival biography panel. (Or as I liked to think of it: The Men Who Did Shit panel.) This biography did not further endear me to Williams, a man who was careless of women (though unaccountably attractive to them) and blessed (admittedly after surviving dozens of dangerous flights over the Himalayas in WWII) with the prosperity postwar America gave to white men, especially those who found their way into the rapidly expanding public university system. (Churlish to resent those who were lucky in their birth, but I do.) Shield’s telling of the life (he has previously written biographies of Harper Lee and Kurt Vonnegut, and is completing one on Lorraine Hansberry: he told some good Vonnegut anecdotes at the festival) is workmanlike. He doesn’t quite apologize for Williams, but he doesn’t take much distance from him either.

By the way, if you, like me, were wondering how the hell the tornado book and the Stoner book were ever going to work together, the answer is: quite well! Both writers were professional, courteous, and thoughtful in their responses to an enthusiastic crowd. And we made some interesting connections between the works, especially concerning whether there is any meaningful distinction between passion and obsession. 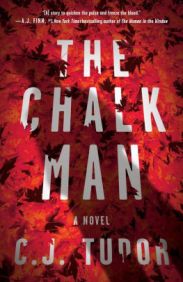 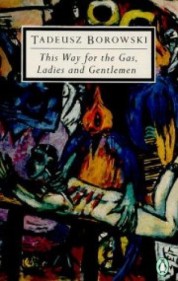 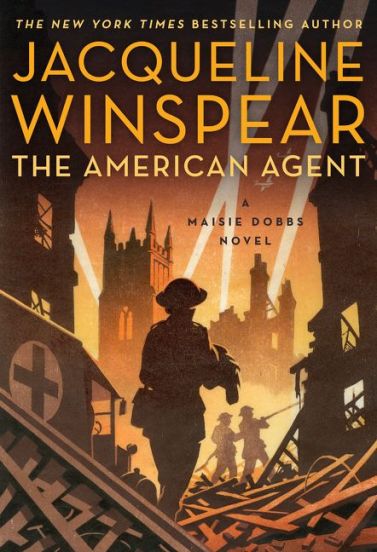 That’s it! A paltry nine books. The tornado book was interesting, but the only ones likely to stick in my mind are The Lost Man and The Radetzky March. (Plus the Borowski, but I hardly count it, since it’s practically ingrained in me.)

May’s reading has already proven much more fruitful. More on that in a couple of weeks.