Sightlines is the second collection by the Scottish writer Kathleen Jamie I’ve read recently. Jamie would be an essayist even if she didn’t write essays—she has the temperament. She approvingly cites a friend, an addiction specialist, who tells her his job “isn’t to provide answers, only more questions.” In Sightlines Jamie’s fundamental question, arising again and again in different guises, is, “What is that we’re just not seeing?”

(This particular formulation comes from a fascinating description of what she learns after spending time with pathologists, who share with her the terrible beauty of the tiny pathogens that unwittingly enact such mighty change.) 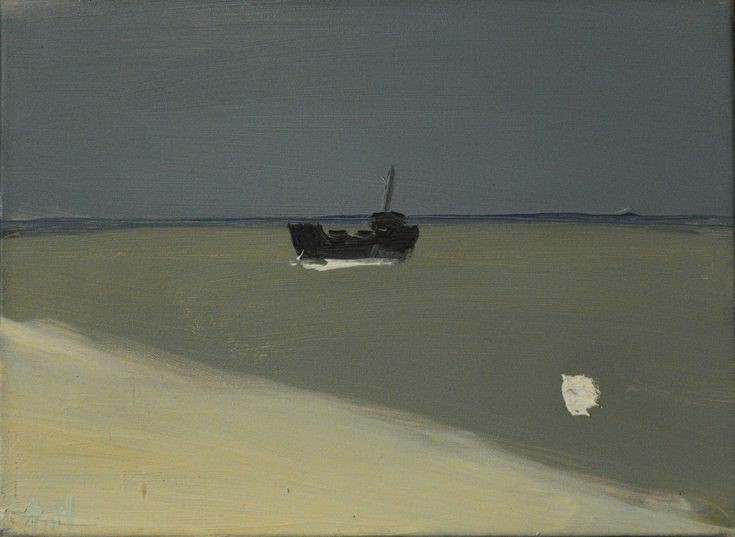 Asking herself what she might not be seeing allows Jamie to undo some longstanding oppositions. Chief among these are the distinctions between what’s remote and what’s central, and what’s wild and what’s cultivated. Jamie visits St. Kilda, Rona, and various other Shetland and Hebridean specks on the map: like so many others she is drawn to their isolation, but she soon begins to wonder why we don’t think of, say, Central London as isolated and remote. (I’ve often felt that way, coming down from the mountains to Banff, Canmore, and finally Calgary: not returning to civilization but rather leaving something vital behind.) Meditating on the corpse of a storm petrel and the metal birding-ring adorning its leg (the glint of which first caught her eye), Jamie argues that only a naïve belief in “a pristine natural world” would find it intrusive to catch a bird and make it wear such a ring. Instead, the man-made object only illuminates the bird’s startling life:

When I got the chart out, traced the route, measured the distance, and understood that yes, of course, on a southwest bearing, you could swoop via certain channels from the North Sea through to the Atlantic, on small dark wings, it was because this one ringed bird had extended my imagination. The ring showed only that it was wedded to the sea and, if anything, the scale of its journeyings made it seem even wilder than before.

This moment exemplifies the conclusions Jamie comes to on the basis of her attentiveness to detail. In this regard, a sentence from the opening essay is emblematic of Jamie’s method:

Once everyone is settled, the guide makes a suggestion: why don’t we keep silent, just for a few minutes, sit still and keep quiet, just listen?

The guide here has taken a group of travelers onshore in Greenland, but it could refer to Jamie herself. Perhaps what it means to be a guide at all is to be in a position to offer to gift of attention. Jamie differs from the tour guide only in that her preferred mode of paying attention is seeing, not listening. After I finished the collection I started to wonder about its title. What exactly is a sightline? An imaginary line from a person’s eye to an object, apparently, especially from the eye of a theatre spectator to the edge of the stage. But also the line representing the horizon in a perspective drawing. In both definitions seeing is connected to representing, to depicting the given, phenomenal world, to imitating it. I was reminded of an aperçu from an essay on observing a lunar eclipse:

Isn’t that what great paintings tell us? That to take the form of flesh, the form of a body, is difficult, vulnerable, and yet—partly because of that—sweetly enviable.

Notice again the importance of having a sightline, a point of view. How do we learn that being embodied is at once risky and desirable? By turning to art. Not because art is greater than nature, but because both partake of the same essence, which, paradoxically, is changeableness. The moon herself is described as “undergoing some Ovidian metamorphosis,” as if “she were one of those gods who want to stop looking down on us all, and instead participate, at least for a while; who want to taste the mutability of earthly existence.”

Mutability—and its accompanying fragility—is again evident in an amazing little essay called “Magpie Moth,” in which Jamie comes across a moth pinned down by the surface tension of the water of a lochan. Jamie decides to intervene, with mixed results, at least for the moth, but with the reminder, for herself, that even on a barren moor millions of tiny creatures are on about their business: “It’s all happening out there, and all you have to do, girl, is get your foot out of your eye.” “Magpie Moth” is Jamie’s contribution to that small but vital genre, the moth essay. In her decision to free the moth, she alludes to but counters the decisions made by Virginia Woolf and, later, Annie Dillard in essays each titled “The Death of the Moth.” Like these predecessors, Jamie begins from an encounter with this evanescent life form (moths seem, in Woolf’s work in particular, to stand in for the idea of the minimal—the basic threshold of intelligibility). And like them she moves from particular observation to abstract comment. Yet she pulls up short—“get your foot out of your eye”—never taking herself too seriously. I’m tempted to think of this down-to-earth quality as particularly Scottish, but I’ve no idea really.

Yet lightness is important to Jamie. It means more than self-deprecation or modesty or piss-taking. In “La Cueva,” an essay on a visit to a complex of caves in Spain filled with Paleolithic and Neolithic drawings, Jamie is led to think about fundamental human tendencies, as expressed in the way we talk about the cave art: “When we distinguish and segregate, we are serious-minded. When we make connections, when we say look, this is like a dress, like an owl, I am like you—then we laugh.”

(This could be John Berger, though, happily, less solemn.)

To make a connection is to acknowledge transience. In an essay on that topic, written in 1915, Freud, spurred by a memory of a walking excursion with the poet Rilke, broods on how constitutionally unable we are to recognize our mortality. Yet unconsciously we are aware of it, for otherwise we would not take such otherwise perverse pleasure in times of death and suffering. We would not find ourselves so stimulated by circumstances that remind us of our finitude. (Freud wrote the essay as the Great War lurched into its first full year.)

As noted in the essay on the eclipse, mutability is Jamie’s great theme. The landscapes we admire didn’t always look the way they do now: nor will they persist. Even whalebone—the subject of two wonderful essays—is mutable, no matter how carefully preserved. A naturalist friend debunks the idea of natural harmony—catastrophes happen, people, places, species get wiped out. It is fitting that a book most consistently set along windswept coastlines ends by finding consistency in only two things, themselves of course emblematic of ceaseless change: “The wind and the sea. Everything else is provisional. A wing’s beat and it’s gone.”