Louise Penny is the best bad writer I know.

A couple of months ago, I read Glass Houses, the most recent installment of the Inspector Gamache mysteries. It’s by no means the best in the series but it helped me think about what’s particular to Penny’s work.

If you have any interest in crime fiction, you probably know about Louise Penny. (If you haven’t read her and you think you might, beware that there are a few, though not too many, spoilers in what follows.) She is famous for her lead detective, Armand Gamache: impossibly decent, intellectual, large-spirited, and psychologically well adjusted. (He isn’t tormented or self-destructive or alcoholic or divorced, which makes him a welcome change from many fictional detectives.) But for me, anyway, more appealing than her protagonist is her setting, specifically her enticing depiction of the Eastern Townships between Montreal and the US border, especially her fictional village of Three Pines. When I say fictional, I don’t just mean that Penny’s made Three Pines up. I mean that even in the world of the novels it doesn’t really exist—it’s not on any maps, no one’s ever heard of it, people only stumble upon it (and once they do they never want to leave), it’s out of cell, GPS, and internet range. In short, it’s more a fantasy than an actual place.

But Penny has the good sense to emphasize the sting hidden in every paradise. For one thing, the murder rate is alarmingly high (hazard of any small-town crime setting: think Murder, She Wrote’s Cabot Cove). More interestingly, the healing or peace promised by Three Pines doesn’t come easily, maybe doesn’t come at all. People have their demons, most of which are convincingly ordinary (insecurity, jealousy, anxiety). Penny is excellent at showing how such seemingly minor problems can lead to terrible outcomes.

I’ve been following Penny from the beginning, thanks to my wife, who picked up her first novel, Still Life, from the (now apparently shuttered) bookstore in the Halifax airport over ten years ago, back when Penny only had a UK publisher. I’ve always been terribly shallow when it comes to book covers, and I didn’t think the book could be any good because it was so ugly. I’d have never picked it up on my own. (I’ve also never been much for Canadian crime fiction—have at me in the comments, tell me what’s good.) Fortunately, my wife is much more broad-minded than I am. She prodded me to read it, and I liked it quite a bit. In general, the first few novels were quite good. And I especially liked the idea that Penny was writing a quartet—one book for each season. That seemed to be the idea, initially. But then they became a phenomenon, and the series took off.

As the books went on, the things I didn’t like became harder to overlook. I gritted my teeth at the lame banter among the Gamaches and their friends (the gay couple Gabri and Olivier, owners of the village’s B & B and bistro, are particularly egregious examples: they’re supposed to be arch, but they just come across as tragic). I rolled my eyes at Penny’s weakness for puns and long-running jokes (there’s one with a pet duck that says “fuck fuck fuck”—the less said the better). And I even got tired of the luscious descriptions of food and drink, though no one can beat Penny when it comes to describing how lovely it is to escape Canadian weather for a cozy fire and a bowl of warm nuts.

Most of all I was bothered by the prose, which is workmanlike at the best of times. All writers have their tics: one of the Penny’s that’s particularly annoying is her fatal attraction for sentence fragments. (I don’t actually have any of her books to hand, so I can’t quote an example. But they are the kind of sentence fragments that are supposed to add suspense or emphasis, but which just end up being clunky.)

After the seventh book, A Trick of the Light, a particularly uninspired outing, I gave up on the series for several years. But earlier this year I picked up where I left off, largely because I started listening to audio books on my commute, and the library had recordings of the whole series. Listening instead of reading made a huge difference, especially because Ralph Cosham was a brilliant narrator. His Gamache was so compelling: even now, when I’m once again reading the books, I still hear his voice in my head. I suspect he eased over those sentence fragments (smoothing the chopped up pieces into complete sentences). For whatever reason, Penny’s prose bothered me much less in Cosham’s narration. It was a shock to learn that Cosham died suddenly after recording the tenth book, The Long Way Home. The new guy, , Robert Bathurst, had an unenviable task. But even allowing for the fact that the first voice you hear is probably the one you’ll like best, I don’t think Bathurst is a good fit for the series (hectic rather than ruminative, sage-like). After listening to the first of Bathurst’s readings recordings—it didn’t help that it was the preposterous The Nature of the Beast—I went back to paper.

And at this point, I’m so invested in the series that not even Penny’s mediocre prose can stop me. Especially because Penny does some things extremely well. Her books are varied in style: some are classic remote location-fixed set of character mysteries (what I think of as country house murder mysteries a la Poirot (The Beautiful Mystery, a personal favourite), some are spy stories (The Nature of the Beast), some are missing person investigations (The Long Way Home). Some focus on Gamache’s friends; some take him far afield.

With its commitment to the real, crime fiction is good at teaching us about places. And you can learn a fair bit about Quebec history and culture from Penny’s books. Admittedly, some volumes are more successful than others in this regard. Hits include the references to the painter Clarence Gagnon in The Long Way Home or the fictionalized Dionne Quintuplets in How the Light Gets In. Misses include a backstory involving the real-life engineer and ballistic missile developer Gerald Bull in The Nature of the Beast and the references to the Spanish tradition of the cobrador, a debt collector, in the new book, Glass Houses. 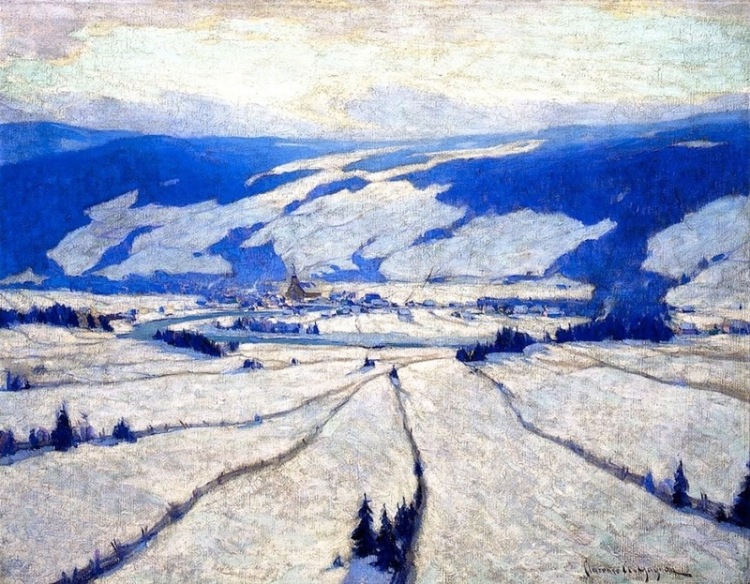 Like many long-running crime series, the relationships between the main characters have become more important than the crimes. That’s especially true of the one between Gamache and his second-in-command, Jean-Guy Beauvoir. Penny, herself a recovering alcoholic, does a particularly good job with the story of Jean-Guy’s addiction to prescription medication (played out over several volumes and frighteningly dark without ever being melodramatic).

But where Penny is at her best is in presenting epic struggles between good and evil. From the beginning of the series, Penny presents Gamache as struggling against corruption in the Sûreté du Quebec. Initially, this malevolence is a backdrop to the cases Gamache investigates, a kind of whispered possibility of something larger out there. But as the series goes on that battle takes center stage. The canvas of characters gets bigger; we get a better sense of the history that’s led to the current state of affairs. But Penny isn’t a sociological crime writer, the way someone like Jean-Claude Izzo or Leonardo Sciascia were. The more you read her works, the more you see that realism isn’t really her game. (The depiction of the fentanyl crisis in the new book is a case in point—it’s presented as an existential crisis, a canker on the soul of the province rather than a function of specific socio-political forces.) How the Light Gets In is probably the pinnacle of the series so far. It’s genuinely exciting. Suspenseful, yes, but more edge-of-your-seat-will-the-little-band-of-warriors-defeat-the-forces-of-evil than whodunit.

Penny, in other words, is a fantasy writer who happens to write about crime, more Tolkien than Christie. What makes Penny of her moment is the way she applies popular psychology to those epic battles of good versus evil. Penny’s books are full of what some readers might call psychobabble. I actually find Penny quite compelling on the importance of admitting our vulnerability, and devastating in her portrayal of how everyday emotions like insecurity can cause so much hurt to the ones we say we love. The juxtaposition of this language of therapy with a genre (fantasy) that I don’t associate with psychological acuity is weird and often clunky but a large part of what gives Penny her distinctive flavour and, I suspect, her staying power.

Most of the books after How the Light Gets In have detailed the aftermath of Gamache’s victory over the forces that sought to undermine the Sûreté. It’s nice to see Penny taking so long with this task: rot can’t be easily eradicated. I’ve no idea where this will all go. I thought Penny had written herself into a corner already a few times in the series, and she’s always got out of it. So I’ll stick around to see what she does next.

Does anyone know any other crime writers who write in this way? Who are really more like fantasy or science fiction writers? Is this a thing and I’d just never come across it before?